25% off the Beginners’ series (Tai Chi for Beginners, Tai Chi for Older Adults, Tai Chi for Kidz, Tai Chi @ Work).  Not to be used with any other discount or offer.  Offer expires 28 February 2011. As Dr Lam’s New Zealand Agent, I do have his entire range in stock, which you can view at the Products link on this site.

New Zealand only special offer:  Free postage on any of Dr Lam’s books this month.  (Effectively, Tai Chi for Beginners and the 24 Forms, Living Well with Diabetes, Overcoming Arthritis, any handbook.)

You can find out more about this exciting new organisation at the TCHC section on this site.  For a membership application form and list of benefits please click on the “Join TCHC” link, or contact me or the Secretary, Tamara Bennett at t.tbennett@xtra.co.nz

The venue is limited in size, so RSVP is essential

There is some parking. Newtown is located on several major bus routes and there are plenty of cafes near by

Participants need to be comfortable with TCA form

There is an opportunity to do a Shibashi part 2 workshop in Wellington.  The investment will be $375 per person and it will be held over a weekend.

Date (April) and venue  yet to be confirmed

The leader is Sifu Wing Cheung, who did part one in Christchurch and Auckland in 2008

Sifu Cheung requires a minimum of 12 confirmed participants for the workshop to happen.

PLEASE CONTACT FERNE MCKENZIE ferne.david@xtra.co.nz by the 6th of February.

A reminder that Terry Young may be organising workshops or open training sessions in Christchurch this year.  Please contact Terry for more details.

After the Canterbury September 4th earthquake, Master Trainer Chris Hattle and I chatted about our experiences of trying to run our classes in adverse conditions.  In view of recent storms and floods I asked Chris if I could share the following story with our wider tai chi family, so many thanks to Chris for writing this eloquent account:

As many of you will have heard, here in New Zealand on 4th September 2010, there was a major earthquake in the region of Canterbury and Christchurch, New Zealand’s second largest city.

While the city, seaside and rural Cantabrians, have been living through a lengthy period of time cluttered with abundant aftershocks, and resultant additional damage to buildings, infra-structure, water and sewerage challenges, re-building assessments and nerves becoming tested and jangled, many aspects of Christchurch life are up and running as normal with regular interludes to deal with further ground tremors.

People in their individuality

all react in their own unique manner to such extreme conditions.

As I live in an area distant from Canterbury (though close enough to experience the roll and shake of the land during the earthquake and aftershocks) I cannot write from the extreme experience of these amazing Cantabrian people, but my thoughts have returned to one of two periods of time when emergencies of Civil Defence affected my home, work and tai chi lives.

I work and teach tai chi in several different places, some involving travel up to 40 minutes’ drive away from my central base. NZ scenery changes rapidly because of the lie of the land and many areas where ranges have pushed their way up from the lower land. This means that weather conditions can be quite different in one area compared to an area 30 minutes away.

On July 30th 2008, I left home in moderately bleak weather conditions. When I had driven inland 30 minutes, the wind had whipped up fiercely and some sheets of corrugated iron blew around and down the road. The situation had changed and I was in the middle of a situation best avoided. A decision had to be made to drive on or return home. I considered it was safer to drive on to the hospital and rest-home I was to work at, before taking a tai chi class for the same community. I would be safer once at the rest home; however I was aware that the roads home may be blocked and return could be impossible that day or night.

Once at the rest home, weather conditions deteriorated further. Electricity was cut off and the winds were so fierce, huge roofing tiles were being flung from roofs. Trees were blowing down all over the region, with some trees actually being elevated from the earth, and then dumped down with a vengeance.

I am in awe of how the staff at the rest home managed the issues that arose by following procedures, using their initiative and wisdom and thinking through each new situation as it arose. Management and kitchen staff also organized plenty of food and refreshments for people who were unable to get their meals by usual means.

Initially I thought, “No-one will even try to get to tai chi”, then observing reactions around me, I noticed that some residents were receiving visitors; just a few!

I realized that some of the elderly family members of residents at the home were wanting to be with their loved one. It soon became apparent that they were also seeking a hot cup of tea and warm environment. I also realized that if tai chi participants lived in a sheltered place they could decide to attend tai chi and only realize once out on the road, how extreme the conditions were.

Arrangements were made, to contact as many people we could, to confirm cancellation of tai chi class. Many people who were contacted, communicated that they had no intention of leaving their home, but to my surprise some of them had been considering attending tai chi. It was then we heard that a large window in the tai chi venue had blown in, confirming the decision to cancel.

Then the unpredictable: a contact from the local council phoned me to say it was now safe for me to travel home on state highway 1, a slightly longer route from usual. My usual route was going to be blocked for a long time with flooding, rubble and fallen trees. The wind dropped to stillness. It was surreal. Roads were wet and littered with debris. Traffic was erring on the side of caution. In the calm, out on the main highway, a large tree just dropped right across my path. No damage, no injury and a quick phone call back to the council meant the highway could soon be cleared again.

Be prepared for the unpredictable!

In the weeks to follow after the storm, people came to tai chi, pleased for the opportunity to check in with everyone and know that all was well. The jing, serenity, of tai chi was really appreciated.

A few people were unable to attend tai chi for the first week or two because they were focused on clearing the damage to their gardens and property. Amongst these people, when they returned to tai chi, I needed to be alert to guide them on tai chi modifications to accommodate minor injuries they sustained due to physically cleaning up the debris from the storm. The participants shared their experiences of the storm but also shared ideas on how to restore their property to normal, in ways economical both physically and financially.

One person had a property which had extensive damage to his small forest block. He was able to attend tai chi only once over a long period of time as his priority needed to be attending to his trees. He was torn in making this decision and always planned to attend tai chi more frequently but the storm had taken its toll on his beloved surroundings and had severely weighted his choices.

From this experience I developed greater appreciation of …

Meanwhile NZ has not only had the Canterbury quake. Two weeks later a storm covered NZ for an extended time with Southland experiencing significant damage to buildings and farm damage from untimely snow and storm conditions during lambing and milking seasons.  There have been floods and gales in the intervening period.

Civil Defence emergencies aside, New Zealand IS a stunningly beautiful country. Do come and visit us. You may not only find a love for the ever-changing scenery but for the resilient and versatile people of NZ.

Thanks to Chris for sharing this story.  If you have a story you think others may find interesting please do contact me.  NZNTCCA members can also submit pieces for the Association’s quarterly newsletter. 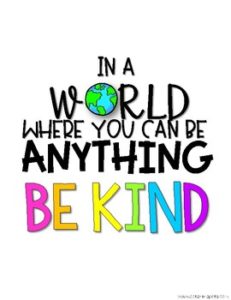